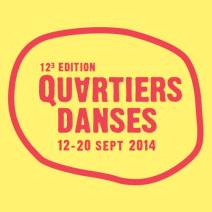 WhiteFeather performed in Mouvement Sans/ 100 Manifestes by choreographer, Helen Simard, as part of the Festival Quartiers Danses, at the Belvédère Kondiaronk.

“Dancers expressed themselves – through both movement and spoken word – as they saw fit. They wrote their own manifestos, performed acrobatics, and choreographed their own movements. Helen Simard, the organizer of the show, told The Daily that “each performer proposed what they wanted to share. I did very little editing or censoring, because I really wanted it to express what they had to say, instead of imposing my own view over it.”

Likewise, the dance was performed at Chalet du Mont-Royal – rather than a formal theatre – to take back a public space and show that art has its place there as well. Dance was not depicted as an exotic, transcendental art form, but rather as a natural, straightforward form of expression available to each member of the crowd. The crowd, rather than the performers, stood at an elevated level – which raised questions of power-dynamics, and showed the importance of the crowd in this performance. Proclaiming “you see me, I see you. This moment is nothing, and this moment is everything. We are both,” the performers stepped up close to look each member of the crowd in the eyes, directly including them in the event.” — The McGill Daily

See more of Simard’s work on her website, here.

The first mission of the Quartiers Danses Festival is to democratize contemporary dance by making it more accessible to all audiences in traditional and unusual venues, and by offering shows that are presented by local, national and international artists using a multidisciplinary approach of original dance that comprises show distribution, performances, installations, films, exhibits, meetings, discussions, and, finally, cultural mediation workshops. Its second mission is to support all forms and hybrids of original dance. More on the Festival Quartiers Danses website, here.